Kharkov is one of The Ukraine’s big 1,000,000 plus inhabitants cities and is a city that I have come to both know and love well, as it is the place of the head office of my Dating Agency, Confidential Matchmakers and I spend a lot of time here.

It is some 500 km,s south east of the Ukraine capital of Kiev and was many years ago the capital of The Ukraine. It is very close to the Russian border and is very much part of the Pro Russia Ukraine. I should explain…… Many people of the Ukraine are either Russian, or part Russian by birth and or speak Russian, rather than Ukrainian.

This is due to the 70 plus years of occupation of the Soviets during the period of the Soviet Union and the huge movements and inter marriage of peoples during this period. Unfortunately these divisions have and remain as obstacles to The Ukraine’s moving forward into the modern World, in unity and with a common purpose.

So, back to Kharkov how to describe it? It reflects the best and the worst of this huge and beautiful country. The center of the city is truly magnificent. Kharkov was a very important city for the Soviets and they built some magnificent and seriously imposing administrative buildings here. Soviet architecture is I suspect love it, or hate it. It cannot really be described as beautiful, or graceful, but it is undeniably strong, proud and full of statement and maybe most important of all completely individual and unique.

Kharkov is also the home of Europe’s biggest Square, it seems to have two names, Freedom Square and Lenin Square. Maybe the name of Freedom Square was given after the withdrawal of the Soviets? It is a truly magnificent Square leading into what was once a very important and still remains today a very grand and impressive collection of administrative buildings. The whole area was constructed from cobbled stones, millions of them and was very well designed and built. You can almost picture the army of comrades that it must have taken some 50 years ago, constructing this monumental statement.

The south side of this Square is the entrance to a huge and beautiful park (the soviets created magnificent parks in all the major cities and towns of The Ukraine) . There are many varieties of impressive and beautiful trees, Many grand fountains and ponds and a huge variety of cafes, bars and restaurants catering for all, from children to adults and including teenagers.

I told you it was not all good………The roads….many are really terrible and the drivers, even worse. A small minority within The Ukraine have money and they want everyone to be aware of the fact. They buy very expensive Jeeps and saloons (always black) and they drive as though they own the road, quite possibly they do….

Whilst some of the roads in the center are OK many are terrible, or even worse with pot holes you can almost park a car in! It is possible to wreck a car within one week in this city without any problem. Adding to the problem there is still a huge network of trams and tram lines criss/crossing the city and driving through, over and around these things would probably test even a Hummer. These trams are again a left over from the soviet times and are all some 50, or more years old, but still funcioning.

Kharkov is a very important University with close to 500,000 students. The education system within The Ukraine is excellent and education is taken very seriously here. I was very fortunate to be here during the 200th anniversery of Kharkov University and it was some party. Maybe 20,000 students filled freedom Square and from a Rolling Stone size temporary stage came some pretty good rock music. Maybe the next big thing “Rus/Rock”?

Confidential Matchmakers a Ukraine based Dating & Matchmaking Agency, proudly introducing Russian & Ukrainian Women to men the World over. Confidential Matchmakers try that little bit harder to help their clients in finding love and a loving relationship, in a friendly and sincere atmosphere. Check The Gallery of Ladies at:- http://www.confidentialmatchmakers.com

Article Source: Cities Of The Ukraine. KHARKOV. A personal view 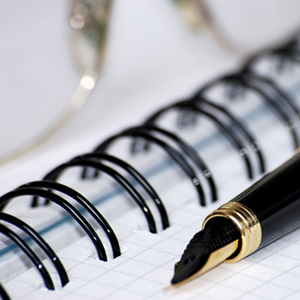 Article Name
Cities Of The Ukraine. KHARKOV. A personal view
Description
Kharkov is one of The Ukraine's big 1,000,000 plus inhabitants cities and is a city that I have come to both know and love well, as it is the place of the head office of my Dating Agency, Confidential Matchmakers and I spend a lot of time here.
Author
Alex
Publisher Name
Organization
Publisher Logo 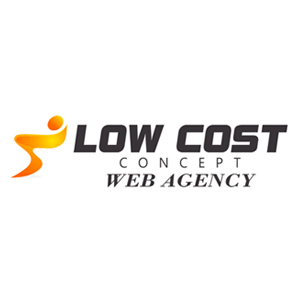